During the month of July 2020, we celebrated (and continue to throughout the year) the 50th Anniversary of Black Tot Day with the 'Tall Ships Toast’. It was chanted passionately several times by rum fans the world over during our Black Tot 24-Hours Rum Festival on 31st July and we hope you all toasted a tot with it too!

This salute was originally found painted outside an old distillery in Ireland and is rooted in the idea of friendship both near and far, and something we want to share with you all around the world to celebrate this Black Tot Day 50th anniversary year!

We ran a #BlackTotToast social media competition back in July 2020, challenging entrants to provide us with their creative renditions of the Tall Ships Toast (winner getting their rum ration for a month) and we were not disappointed! We had some wonderful, funny and creative entries - but there could only be one winner and that was Arnaud Letellier with his brilliant Black Tot Lego toast!

Watch this space and our social media channels @blacktotrum for future competitions. 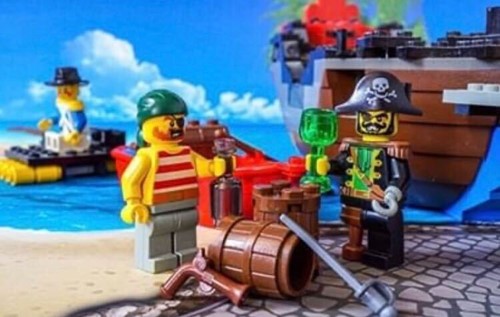 How to enter the promotion

How and when will the winner be chosen and announced?